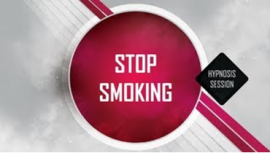 Smoking is not a mere vice; it’s a serious problem with underlying causative factors that are all the doing of the brain. The brain reacts to certain stressful situations and the reaction varies from person to person. This reaction to the trigger, the stimuli of which may manifest as crises or stress, may induce some of the habits people have in their current lives. The past is crucial; it manifests itself in the subconscious and is channeled into our actions or responses. One of such responses to the stimuli is an unhealthy habit such as smoking.

One of the difficult triggers to deal with is one that presents itself as a repetition of past similar situations that make the individual resort to smoking. This becomes part of the means of escaping the problem or of feeding one’s need that was not met during any part of an individual’s past. A trigger could be the significant other of the individual who has been smoking for a long period of time. This means that both inner and outside influences can be reasons why one smokes. Fortunately, stop smoking hypnosis can be a big help in controlling this habit.

In most cases, the person is not aware of such triggers that cause the habit. And it appears that the worse the situation is, the more the person is inclined to smoke. The person resorts to smoking when they could feel an underlying negative feeling. With this habit, the person feels the sense of assurance despite the fact that this way, he or she feeds his or her dependency more and more. Often times, the smoker isn’t aware of what causes him or her wanting to do the habit. This is mostly because the reasons lie in the subconscious mind, which is complex in itself.

It is the duty of the hypnotherapist during stop smoking hypnosis to know the underlying factors not necessarily during the initial interview with the client, but during the course of the hypnosis. The hypnotherapist is able to know and understand the underlying factors once the person’s awareness starts to be brought to the past stressful situation that he or she failed to acknowledge at one point in his or her life. This actual regression gives clear details on how the habit developed. The hypnotherapist may give options to the client during the client’s hypnotic state. These same options may be the solutions to the crises.

If the clients have been compliant in terms of commitment to the session, the 4 hour single session stop smoking hypnosis treatment will truly benefit them.